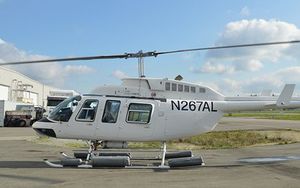 One person was killed and three others injured after a helicopter crashed on the weekend in a mining area in Paniai district, in Papua.

Police say the pilot was found dead while the three passengers were injured.

The body of the pilot has been taken to Nabire while the three passengers have been receiving treatment at Nabire Hospital.

The helicopter was hauling 314 kg in goods.