The equation is simple for Papua New Guinea - beat Samoa by at least five goals and they will qualify for the semi-finals of the Oceania Nations Cup. 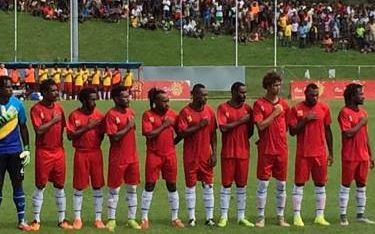 Head coach Flemming Serritslev was disappointed as the hosts gave up a two-goal advantage in Wednesday's draw against Tahiti at Sir John Guise Stadium.

PNG also drew with New Caledonia in their first match and sit third in Group A, two points behind the Francophone teams.

Flemming Serritslev said the hosts have control of their own destiny.

"We can still decide for ourselves if we want to go to the semi finals but it means we will have to win (against) Samoa by five goals against Samoa."

PNG will also be boosted by the return of striker Tommy Semmy for Sunday's game after he missed the Tahiti match through suspension.