An eradication project in Tonga has proved successful with two islands off Tongatapu declared rat-free.

The project to remove rats from Malinoa and Motutapu was launched in 2015 by the government, the Secretariat of the Pacific Regional Environment Programme and Island Conservation. 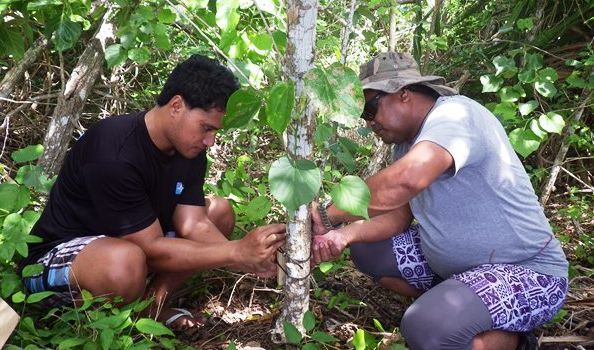 Rat bait is laid out in Tonga. Photo: supplied

The Invasive Species Coordinator for Tonga, Viliami Hakaumotu, said the work means the islands' biodiversity will now have an opportunity to recover and thrive.

He said the successful project has now been expanded to islands in the northern Vava'u group, which are important nesting sites for turtles.

"We've done two islands in Vava'u this month. One is Fangasito and the (other) one is Luahiapo," he said.

"Last week we finished the second application of bait and we will go back to the island next year and check. If it is successful then we can declare there is another two islands rat-free in Vava'u."