Accusations of racism have been thrown up amid complaints about commentators not pronouncing Pasifika names correctly at the recent Pacific Island Rugby League Internationals in Sydney. 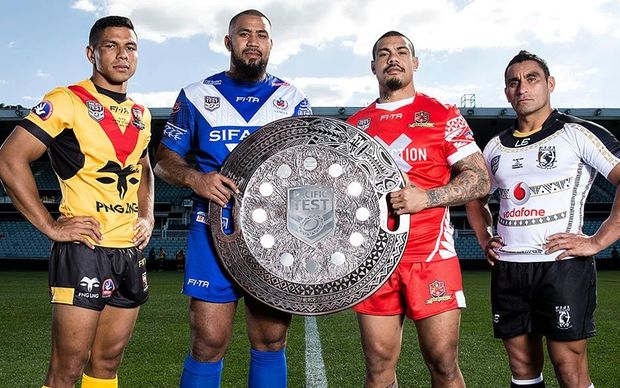 "They were just butchering the names and even laughing at some of it as they were saying it," said Will 'Ilolahia, PIMA's chair. "To me it qualifies as a racist act because racism is when one particular culture or race feels that they can dominate the other and through te reo, language, it's just another method of perpetuating that racism so that's why we have actually said it's racist."

Mr 'Ilolahia said that although commentators had struggled with names for years, it was time for broadcasters to actually step up with the increasing presence of Pasifika players at the elite level.

A sentiment shared by another New Zealand broadcaster, Fauono Ken Laban: "The diverse nature of the make-up of our society and our elite sporting teams is a reflection of what's going to happen in the future, so those broadcasters, in my view, who are incapable or don't even attempt, I would like to think that their position in mainstream broadcasting is limited."

Fauono, who commentates rugby for New Zealand's Sky Sports, said he knew only two commentators who had personally approached him for pronunciation advice.

"You know if you have got people who have been commentating for a long time and as the sport continues to evolve and become diverse and they make no attempt to change with it, the only conclusion you can reach at some point is that they are either ignorant or racist," Fauono said. "There's probably a fine line between the two."

But a former Kiwi and Samoan rugby league international, Tony Puletua, said it was more about a lack of education than racism, and many Pasifika were used to people getting their names wrong -- even their closest friends.

"It's a very touchy subject when you bring racism into it," he said. " I think it's just a lack of education for some people.

"At first grade level you have, I think, 42 percent of players in the NRL [who] are Polynesian or Pacific background. It's probably not a bad idea to learn."

He said that New Zealand commentators weren't perfect, but that the Australians were much worse.

"Australian commentators really give the impression that they couldn't care less. They look at a word, a name, and say 'It probably sounds something like this, let's go with that,' without any endeavour to check," he said.

"It doesn't surprise me, in fact, I am quite pleased that there have been complaints about it."

Mr McBeth said one of the first international rugby matches he commentated was a game played by Fiji. He said he recalled practising with a list of Fijian names and approaching locals for advice.

"I remember seeing how a 'C' sounds like a 'Th' and I thought 'oh my gosh', so I wrote all these things down. The other day when I was sifting through some old books of mine I found that copy that I had taken from that hotel, so it's lasted 30 years with me, so its been a good guide," Mr McBeth said.

"It's part of a commentator's brief, is to pronounce all names as correctly as possible. Whether it's Pacific island, African or Asian, you've got to spend a lot of time, it's part of being a commentator."

The Pacific Islands Media Association said it has offered to train broadcasters on Pacific pronunciation.