A Samoan court won't allow a business couple convicted of fraud charges to leave the country saying there's a high chance they will not return.

The pair are on bail and yet to start their sentence because they have appealed against the decision.

They wanted to visit their family and business in England.

Outside the court Gianno expressed frustration at the court ruling. 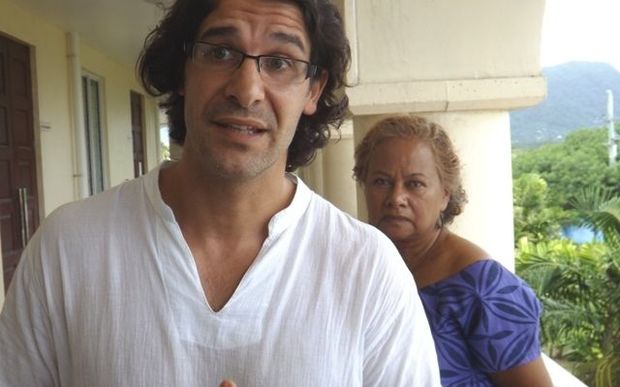 Nicolas Gianno and Rosita Stanfield have been sentenced to jail in Samoa but are appealing. Photo: RNZI/Autagavaia Tipi Autagavaia