In February, the US National Marine Fisheries Service reduced what is known as the Large Vessel Protected Area around the territory from 80 kilometres to 18 kilometres.

American Samoa's government filed the lawsuit, saying the zone had previously been reserved for local alia fishing vessels and the federal agency acted arbitrarily in changing the boundaries.

The fisheries Service said the rule was intended to improve the viability of the territory's longline fishery - one of its economic lifelines - and preventing overfishing.

Its lawyers filed a 23-page respose, denying American Samoa's allegations and arguing the Federal Court in Hawaii lacks jurisdiction over some of the claims. 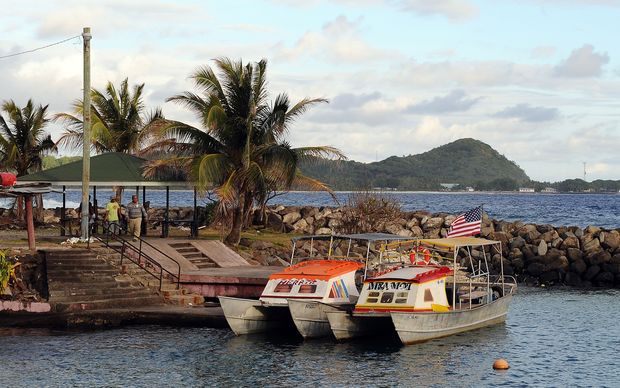 The east coast of Tutuila in American Samoa Photo: AFP