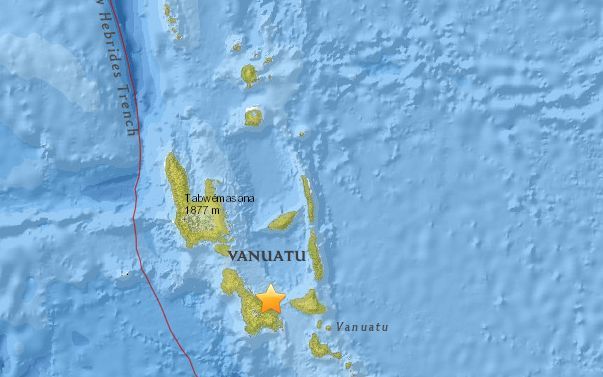 Disaster authorities in Vanuatu's Malampa province say over 1,000 people are returning to their villages after this morning's magnitude 7 earthquake.

The quake occurred just after 7.30 this morning and at a depth of 10 kilometres, 31 kilometres east southeast of Lakatoro on the island of Malekula.

The Provincial Disaster Officer Abelson Abel said there were fears of a tsunami immediately after the quake as the sea waters rolled out.

However he said thankfully the alert was cancelled and villagers who had been evacuated could return home.

"There are about five villages near the provinces and all the villagers were moved to higher ground," he said.

"About 1,000 plus people were moved to the higher ground because this earthquake was one of the strongest earthquakes that most people have experienced since the last big earthquake in 1999."

10 people were killed after a 7.5 earthquake struck Abrymn Province in 1999.

Following this morning's quake, Mr Abel said there were no casualties, and while two or three buildings suffered major damage, structural damage across the province was minimal.

This morning's quake was felt strongly in both the capital Port Vila, in the south of the country, and in the main northern centre of Lugainville, which is closer to the epicentre.

Images of damage to general stores in Luganville have surfaced on Facebook. 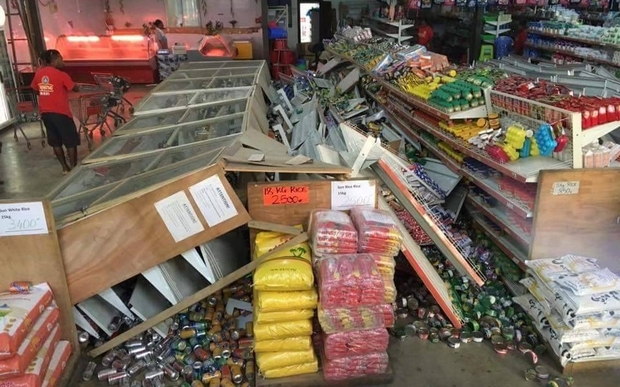 Damage from the 7.0 earthquake in the northern Vanuatu town of Luganville. Photo: Jerry Chen 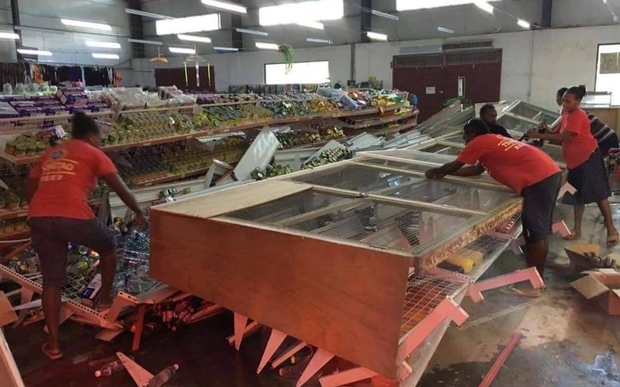 Damage in Luganville from the 7.0 earthquake. Photo: Jerry Chen