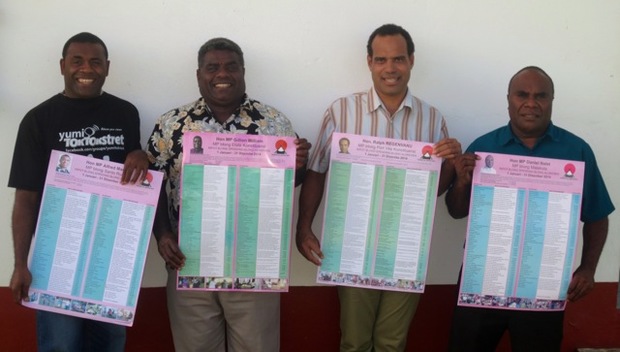 Gillion William, second from left, has won a seat after an election recount. Photo: Supplied

The court ordered the recount after January's election, which orginally awarded the seat to the Melanesian Progressive Party's Nato Taiwia.

But the recount found that the GJP's Gillion William won the seat by three votes.

Mr William's swearing-in will bring the number of MPs in Ralph Regenvanu's GJP to seven, further solidifying the governing coalition.