Oceania Football is investigating two Champions League matches on Monday that led to the brandishing of nine red cards.

AS Tefana's Nicolas Vallar and Angelo Tchen and AS Magenta captain Loic Wakanumune were red carded in the latter's 4-2 Group C victory.

In the later game between Samoa's Kiwi FC and Fiji's Nadi FA both teams had three players sent off. 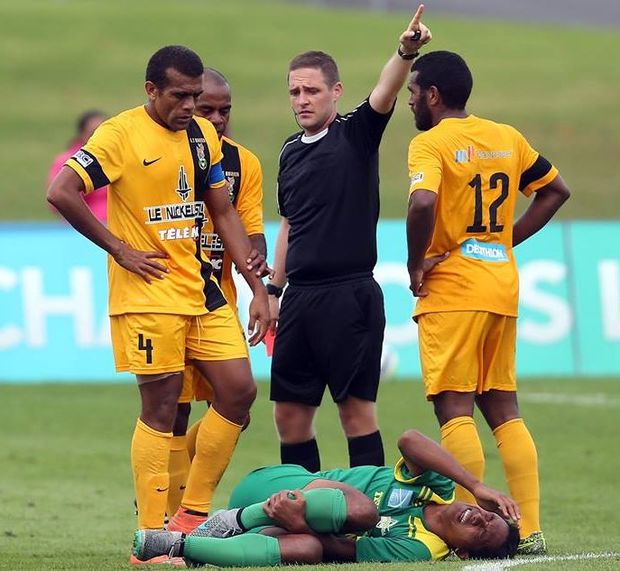 AS Magenta's Loic Wakanumune is sent off against AS Tefana. Photo: Oceania Football / Shane Wenzlick

In a statement, OFC said it did not condone the on-field behaviour witnessed during those matches and have referred the matter to its Disciplinary Committee.

After a goal-less opening half, Daewook Kim put the defending champions in front after 65 minutes.

Papua New Guinea champions Lae appeared to have snatched a draw and their first competition point, when Raymond Gunemba equalised in the 85th minute.

However with one minute remaining in normal time, Clayton Lewis released Joao Moreira with a pin-point through ball and the Portuguese striker did the rest, rounding the advancing Ronald Warisan before rolling the ball into the back of the net. 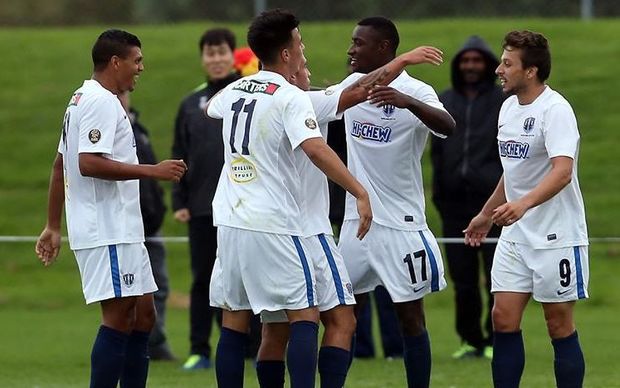 Joao Moreira (17) is congratulated after scoring a late winner for Auckland City against Lae City Dwellers. Photo: OFC via Phototek

The Vanuatu side laid siege to the Warriors goal in the final ten minutes and were finally rewarded in stoppage time as Giorgio Bertacchi's free kick found the back of the net.