However the Navy Blues had to wait until the second half to find the back of the net.

10 minutes later the Portuguese striker scored again before completing his hat-trick in the final minute of play. 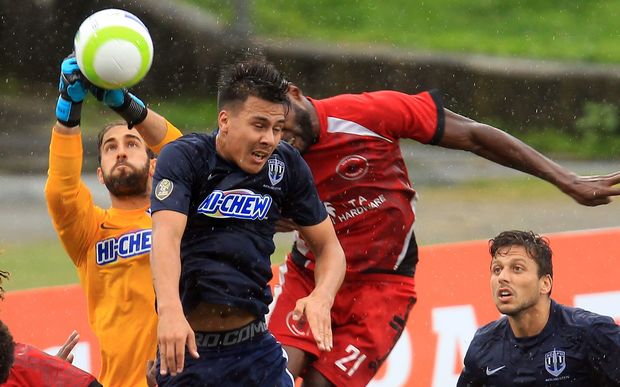 Coach Ramon Tribulietx said they weren't as clinical as they would have liked in front of goal.

"Maybe that lack of competition for three weeks was a factor in that regard in the game but the first game is always difficult and it's good to get it out of the way with a good result and from here we move on."

Solomon Warriors coach Moses Toata was disappointed with the performance from his side but not the effort, saying the gap between the S-League and the Champions League is difficult to bridge.

"For me, those first two were very cheap goals and we should learn from this and do better for the next one. My positives from today's game is that although we conceded four goals, we still created some opportunities and hopefully the knowledge we got from the game we can use going forward." 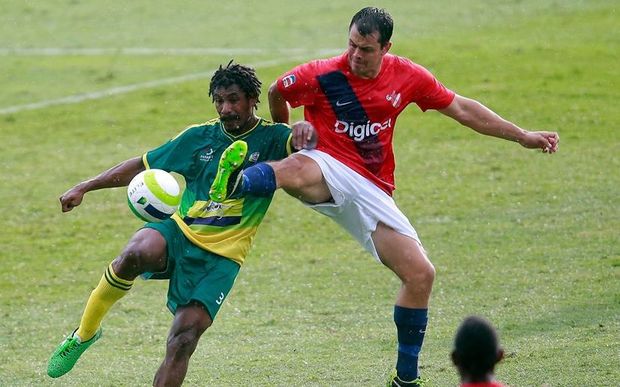 Diego Nadaya sealed victory in the 81st minute after finding himself wide open in the penalty box.

Amicale coach Mauro Bertoni was content with his side's first up effort.

"In the first 20 minutes especially we were a little bit nervous but after the first goal we started to play our football and we had a chance to score a lot of goals. Unlucky we only scored three but it's ok, we won. Now the guys need to rest and get ready for the next game."

Lae City Dwellers coach Peter Gunemba though his side put in a decent effort in their debut match at this level.

"For us we accept losing because when we look at the Vanuatu team it has players from all over the world. They have world class players, professional players and for my players to play such good football against them is quite something. I thought we played well but there were some breakdowns in defence where we didn't mark their strikers and that's where they managed to score."

The second round of matches begin on Monday afternoon with Samoa's Kiwi FC and Nadi from Fiji both searching for their first points, while AS Magenta take on AS Tefana in a francophone derby.