The Samoa men's football team rounded out their tour of New Zealand last night with a 5-1 defeat to Wellington club side Western Suburbs.

The result follows a 5-0 defeat to Lower Hutt City last week and a 2-1 victory against Stop Out at the weekend.

Head coach Scott Easthope said the tour was a chance to give local players an experience they can't get at home, with all but four of their squad based in Samoa.

"Game one against Lower Hutt City at least four to five of the players had never experienced our team environment, in terms of the way we're looking to play the game, and I think that really showed in our performance - particularly in the first 30 minutes against Lower Hutt City. From where we've got to to here, the difference here against Western Suburbs was when they scored tonight they put good pieces of play together and not so many goals coming from just bad mistakes from us so I think the performances have increased out of sight from game one." 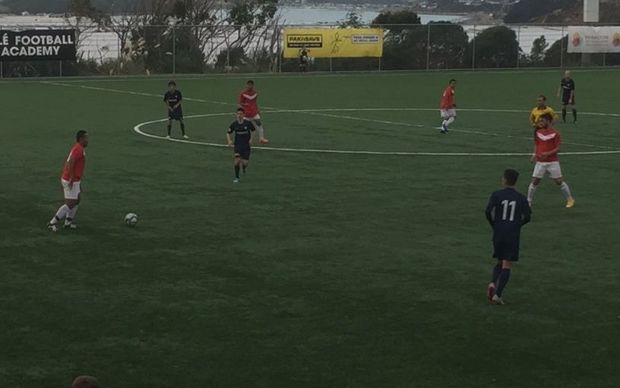 The tour is part of Samoa's preparations for the Oceania Nations Cup in Papua New Guinea in May and Scott Easthope says it was a good opportunity to spend an extended period of time together as a group.

"It's massive experience of travel, of styles of play here in New Zealand and very much an experience off the field as well - around white-board sessions, video analysis, the early introduction for some of these players of the next level as well - so I think our different tact starts to align probably a little bit more with those (other teams in the region playing international matches). We've got a friendly in the pipeline against Vanuatu and the Solomons just prior to arriving in Papua New Guinea."

Scott Easthope says they are also monitoring five players in the US, two more in New Zealand and Melbourne Victory winger Jai Ingham in Australia, who will all come into contention for selection for the