The Papua New Guinea Ministry of Health has made a submission to the National Executive Council to reconsider its budget cuts to the Catholic Health Service. 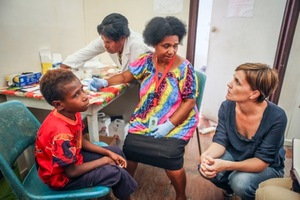 The facilities provided by the church cover a third of PNG's health services through more than 200 sites around the country -- many in hard to access remote areas of the Highlands.

The service relies on government funding, but last week the Peter O'Neill government cut this back, forcing the service to consider layoffs and pay cuts.

Last Wednesday, health minister Michael Malabag told parliament that an already limited health system would not be compromised by the cuts.

But he appears to have now changed his tune, this week saying that cabinet was being asked to consider reinstating the cuts of US$15 million dollars.