Papua New Guinea police chiefs have banned any protest march at the resumption of parliament this afternoon in Port Moresby. 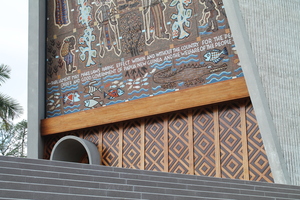 This comes amid plans by a number of groups, including the Voice of Melanesia, to stage a peaceful march on parliament.

The metropolitan commander, superintendent Benjamin Turi, said if the marchers went ahead they would be acting illegally.

The Post Courier reports Mr Turi saying the ban ensures the safety and security of the city's residents and businesses.

But that has angered a Papua New Guinea governance campaigner, who said the ban showed that the country was not a democracy.

Martyn Namorong said that, judging by social media in PNG, there had been a lot of interest in a peaceful march over the actions of the Peter O'Neill government.

The new parliamentary session was expected to include several constitutional amendments and changes to the organic law.

However, Mr Namorong said bans had become common police practice and raised concerns about the force's commitment to lawful assembly.

"The authorities have the legal mandate to do that and so it brings into question whether Papua New Guinea truly sees itself as a democracy if we have laws that allow police to clamp dowwn on lawful assembly," he said.