An Iranian refugee says two Nauruan men attacked him with a machete, but Nauru police have dismissed the claim. 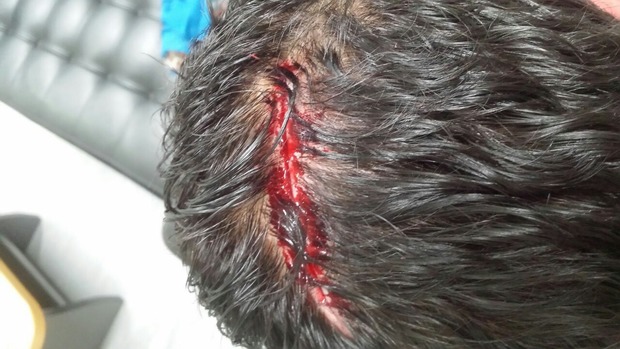 An Iranian refugee who says he was attacked by two Nauru men Photo: Ian Rintoul

The 34-year-old man said he needed eight stitches in his head after the attack on Saturday night.

The Refugee Action Coalition reported the attackers, bolstered by others, returned to the settlement housing the refugees the following night and threatened the man and his wife and swore at them.

No arrests have been made and in a statement obtained by the Guardian Nauru police said there was no physical evidence of any attack; they said the complaint was made for media exposure and has no basis.

But photographs supplied to the media clearly showed a severe wound.