Samoa's new representative to Oceania Rugby says the country's World Cup performance was a major disappointment last year and hopes ongoing reforms will lead to a much better showing in 2019.

Samoa won just one of their four group matches, finishing a disappointing fourth in their group and failing to secure automatic qualification for the next tournament in Japan. 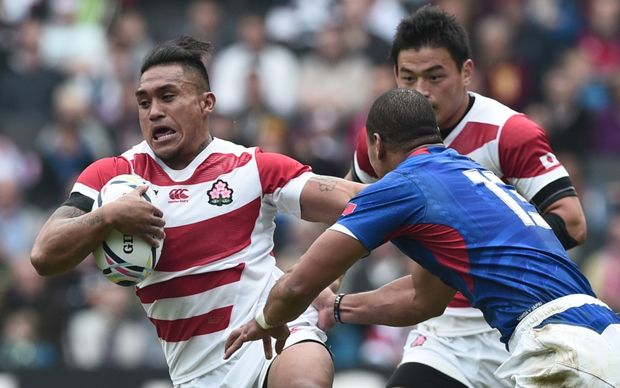 Samoa were upset by Japan at the Rugby World Cup. Photo: AFP

He was hopeful that off-field changes will lead to better results on the field.

"Certainly that's one thing I'd like to see Samoa do is to improve its performances at World Cups. We're going through this change and reform transition period, which is exciting in a way because change is good and hopefully when you ask me in four years I can say to you look it's been successful and that hopefully translates onto good performances on the field - that's all I can hope for."

Manu Samoa are next in action in the Pacific Tri Nations in June, alongside Fiji and Tonga.