Papua New Guinea Rugby League is confident Michael Marum can juggle the demands of both the PNG Hunters and Kumuls coaching roles. 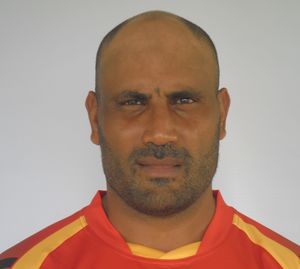 Marum has been appointed coach of the PNG national team for the Pacific Test in May and is being backed to secure the job on a full-time basis through to next year's World Cup.

The Hunters kick off their 2016 Queensland Cup campaign next weekend but PNGRFL Chief Executive Officer, Bob Cutmore, says he has no doubt Marum can handle the increased responsibility.

"He's now got a good coaching staff around him in the SP Hunters, in Nigel Hukala and Roger Laka and Joe Bruno so even though he's away a week [during the May test] those three are more than capable of making sure that the Hunters make their coaching commitments, because Michael puts in place the coaching programs that need to be done and those coaches can see that through.

"Leading up to the World Cup in 2017 that might have to be reviewed depending on what he wants to do - if he gets the job - in respect to number of camps but that will all depend on the availability of players during the year too."

Bob Cutmore says Marum's apppintment is just for the May test at this stage but he has already proven his coaching ability and they hope it's a long and enduring appointment.