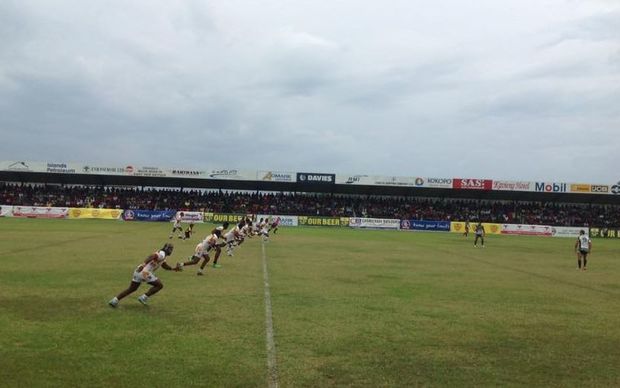 The Papua New Guinea Hunters remain without a permanent home two weeks out from the start of the new Queensland Cup rugby league season.

After two years in Kokopo, the Hunters have shifted their home-base to Port Moresby.

Last season they played a handful of matches at Sir John Guise Stadium and also drew the crowds for a pre-season clash against the Penrith Panthers at the new National Football Stadium earlier this month.

Both are being considered as the Hunters permanent base for 2016 but head coach Michael Marum says, four weeks out from their first home match, nothing has been decided.

"We're still not sure where we're playing. We have a privilege to put 11 games back here [in Port Moresby] now so whether it be John Guise or the National Football Stadium they've got the same capacity of 15,000. PNG Rugby League CEO Bob Cutmore, with the board, I think they're talking to both stadiums at the moment and final discussions are probably expected to be by this weekend."

The PNG Hunters begin their new campaign away to the Souths Logan Magpies next month.