Samoa A have been thrashed 85-0 by the Melbourne Rebels Super Rugby team in one-off clash at AAMI Park last night.

The home side dominated the match from the outset and scored 13 unanswered tries, while an early penalty miss from Lester Sefo was the lone point-scoring opportunity for the visitors.

Melbourne coach Tony McGahan told the Rebels website that, despite the lopsided win, it wasn't easy out there.

"I know the scoreline might not suggest that but certainly the moments that were in play and the way that they tackled and ran the boys will be sore, there's no doubt about that."

Samoa A were using the match as preparation for next month's Pacific Rugby Challenge, which also features teams from Tonga, Fiji and Japan. 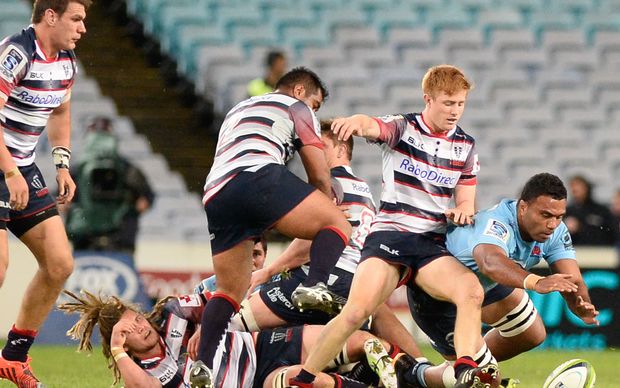 The Melbourne Rebels were too strong for Samoa A Photo: PHOTOSPORT