The Papua New Guinea Hunters are looking forward to bigger crowds when the new Queensland Cup rugby league season kicks off next month. 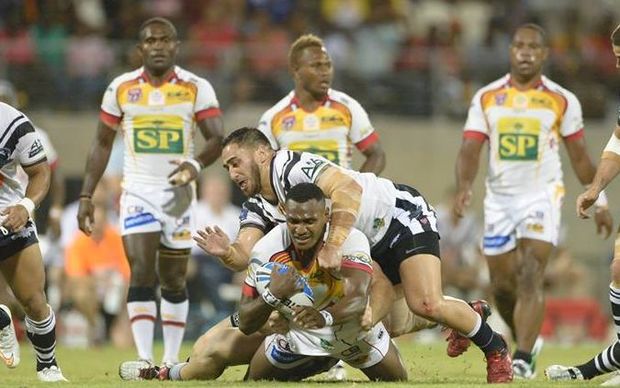 The PNG Hunters are among the form teams in the Queensland Cup. Photo: SP PNG Hunters

After two years in Kokopo, the Hunters have shifted their home-base to Port Moresby.

Their season opener is away to Souths Logan Magpies in three weeks time, with the first home game against Tweed Heads Seagulls scheduled for Sir John Guise Stadium in round three.

The Hunters will also have the option of playing at the new National Football Stadium, which they opened last weekend in a narrow loss against the Penrith Panthers.

Both venues can hold 15,000 fans and coach Michael Marum says that will be a big change from the last two years.

"Kokopo we were lucky enough to get at least four or five thousand into one game. [It's a]small town around there and there's not much money too so we expect the crowds back here [in Port Moresby]."

The Hunters were knocked out in the preliminary final last season, having gone 17-games without defeat in the regular season.