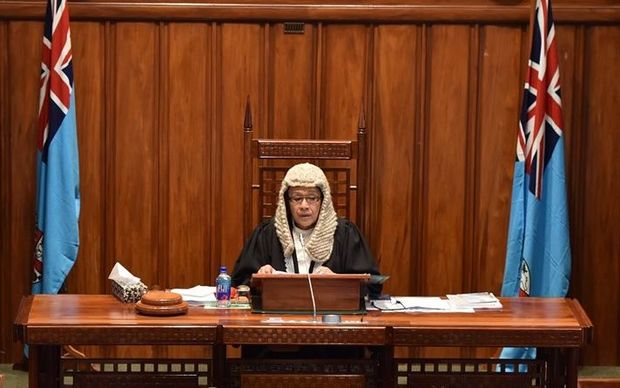 The Speaker of Fiji's parliament, Jiko Luveni Photo: Parliament of the Republic of Fiji

Fiji's parliament is set to sit today for the first time this year after yesterday's sitting was cancelled because of power problems.

Parliamentary officials said the government buildings which house the parliament were experiencing power fluctuations and an intermittent power supply yesterday which would disrupt the sitting.

Two new MPs are due to be sworn in and several questions are on the agenda for the coming session.

These include a request for the government to elaborate on a military consignment for the Fiji military from Russia.

Three of the opposition seats will be empty after the Speaker suspended the National Federation Party MPs Biman Prasad, Tupou Draunidalo and Prem Singh.