Consistency remains an ongoing problem for Papua New Guinea's cricketers in the long form of the game.

The Barramundis were beaten by 145 runs against Ireland this week in their latest Intercontinental Cup in Townsville. 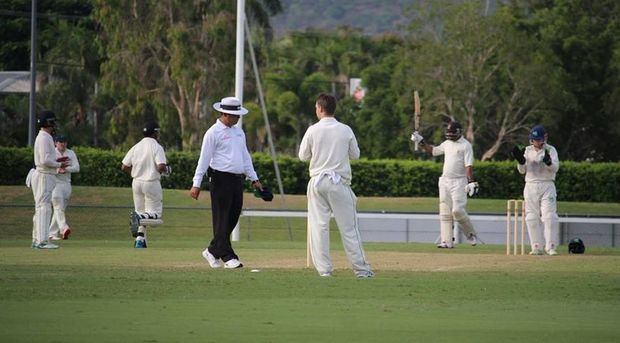 Assad Vala scored a first-innings century for PNG but did not get enough support with the bat. Photo: Cricket PNG

Head coach Dipak Patel said they were in contention for much of the match but were unable to take opportunities at crucial times.

"The biggest lesson that our boys have got to learn [is] you need to be focused for four days. You can't have poor sessions or poor periods whether you're batting, bowling or fielding. We've certainly improved from [our first Intercontinental Cup match last year against the] Netherlands. Batting is our major concern in terms of it's not the lack of ability but it's just the ability to be able to bat for long periods of time. We dropped a couple of opportunities when we had them under pressure, when they were five down for 130 - I felt we should possibly have only been chasing 250-280 and it would have been a different game again."

Dipak Patel said despite coming up short, PNG feel more comfortable playing the four-day game now and have definitely shown improvement in each of their three matches.

The Barramundis and Ireland will play three T20 internationals in Townsville, from Saturday.