Despite widespread hopes that this election would bring an end to decades of political instability, a leading Vanuatu politician says the next parliament is likely to be unsettled as well. 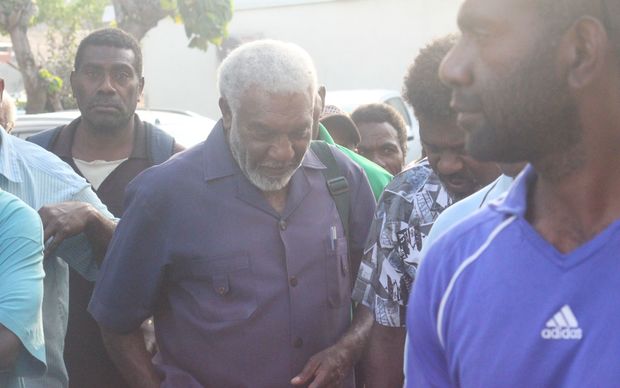 Joe Natuman was ousted in the motion of no confidence last year that brought Sato Kilman back to power. Photo: RNZI / Hilaire Bule

While final results from Friday's snap election are yet to be confirmed, preliminary results suggest there will be a record ten independent MPs in the 52-seat house, and 17 political parties - although eight of these have just one MP.

Joe Natuman, whose Vanua'aku Pati is part of the United Front for Change bloc that hopes to form the government, says no party will be able to form a solid majority on current results.

He says whoever forms the next government will have to work with a large number of independents, and again deal with instability.

"Unless of course major political parties could come together, reach an understanding, and work together. But the more we have independent people they will continue to topple governments, so we'll see how that goes. So one of the important things that we need to do is political reform."