The Cook Islands are determined to put on a good show in front of their home supporters in their opening match of the Oceania Under 17 Women's Football Championship in Rarotonga.

The hosts have spent the past four months preparing for this event, with the

overall winners advancing to the World Cup in Jordan later in the year. 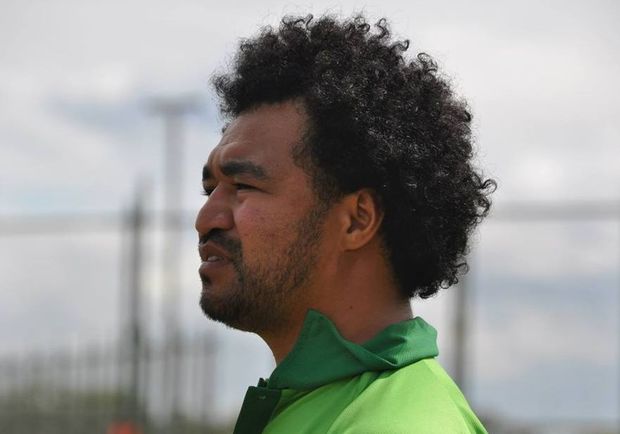 "The expectation is really high here plus it's at home so I guess the pressure is on for us to get a good result today. We'll be looking to play attacking football for the people - there will be a lot of attacking in front of goal if we can."

Cook Islands finished third at the last Under 17 Champs in 2012 and Tisam says it would a dream to face New Zealand in the final if they can win their group. 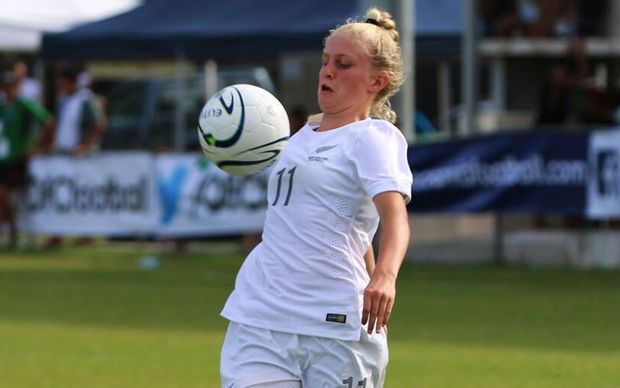 Jacqui Hand scored a hat-trick in New Zealand's 11-0 victory over Samoa at the Oceania Under 17 Championship in Rarotonga. Photo: Oceania Football

Hannah Blake opened the scoring in the first minute and, along with fellow striker Jacqui Hand, bagged a hat-trick to get the tournament favourites off to a flying start, making for a very happy coach, Gareth Turnbull.

"It's always nice to score a really early goal as we did and that sort of settled a lot of the nerves. The starting eleven were all debutants so that definitely calmed the nerves and they got the ball down and started playing and we started to find some space. Credit to Samoa, they didn't just sit behind the ball and try to defend - they tried to play a little bit and that played a litt bit into our hands. There was more space than probably what we expected and we got in a rhythm fairly early."

In the other Pool A match New Caledonia outclassed Tonga 5-0. 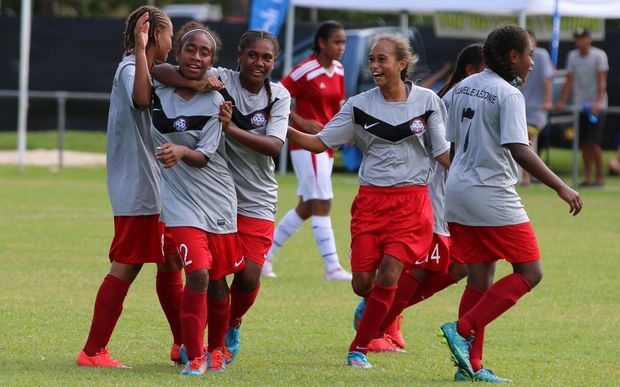 Jackie Pahoa scored twice inside the opening eight minutes before the Francophones added three goals in the final 20 minutes to seal the result.