Police in Vanuatu have urged voters not to give their electoral cards to candidates and their supporters.

Our correspondent says the warning comes after police received allegations that a Port Vila businessman is collecting his employees' cards. 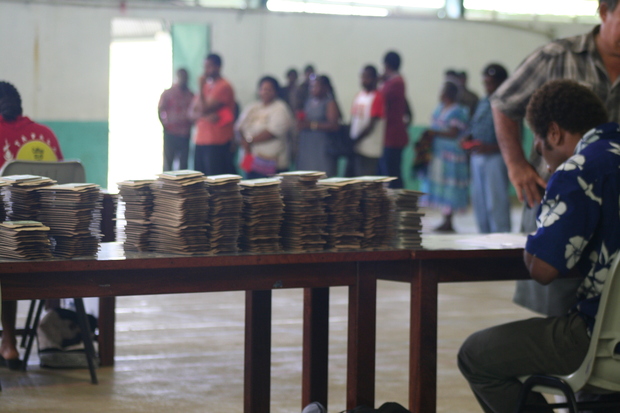 The businessman, a former French national who was recently granted citizenship, is one of three naturalised citizens contesting the Port Vila constituency.

Past elections have seen large companies in Vanuatu collect their employees' voter cards and demand that they vote for a particular candidate.

Under Vanuatu law, it is illegal to collect electoral cards and demand people to vote for a particular candidate.