Vanuatu's Meteorological Service says cyclone Ula is likely to have weakened by the time it reaches the country later this weekend. 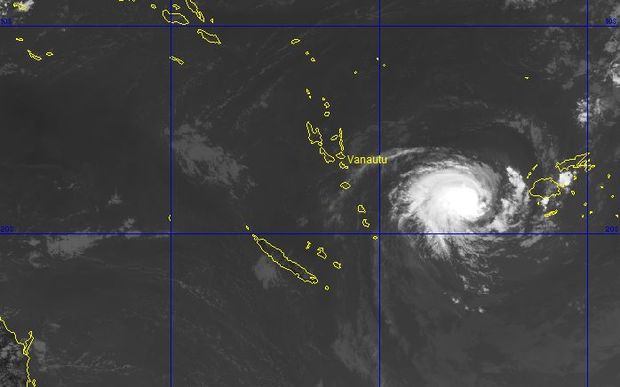 A satellite picture of Cyclone Ula, currently a category two, as it headed towards Vanuatu on Friday afternoon. Photo: Vanuatu Meteorological Service

The system, whose strength peaked last weekend when in passed Tonga and Fiji, has changed direction and again strengthened to a category two storm.

A forecaster, Ellen Luke, says a storm warning is currently in force for ships within 500 kilometres of Ula, as it moves west-southwest between Fiji and Vanuatu.

"We are observing that it will be reducing after tomorrow from category two to category one and it's more likely that as it gets closer to the islands it will be more like a low pressure instead, but we still have to be prepared."

Ellen Luke says even if it does weaken, the southern part of Vanuatu should still experience heavy rains and rough seas.