In American Samoan, a flash flood warning is in effect and wind, small craft and high surf advisories are in force.

The heavy rain and winds are due to a South Pacific Convergence Zone that will linger over the Samoan islands for a few more days.

For now, the National Weather Service says it doesn't expect anything more serious than the weather system currently affecting the territory, and the heavy rain is expected to remain for a few more days.

The Department of Public Works says it has responded to flooding in Pago Pago and Nu'uuli and part of the road in Poloa was under water reducing traffic to one lane for most of the day yesterday.

The roads around Kokoland, Fagaima and Ottoville have been turned into rivers, and there have been landslides at Masefau and Auasi, and homes in the path of the water that runs from the hills of Aoloau and Malaeimi almost always flood.

The Emergency Operations Center says there have not yet been any evacuations. 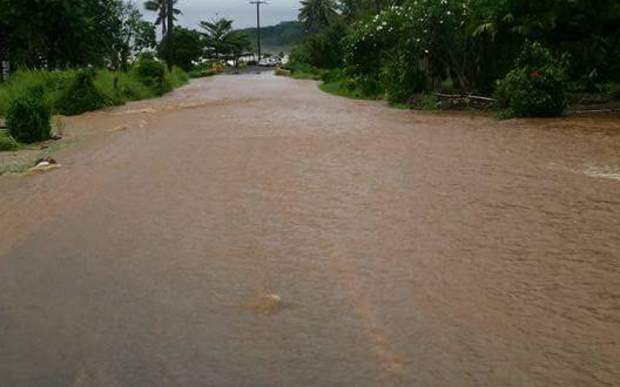