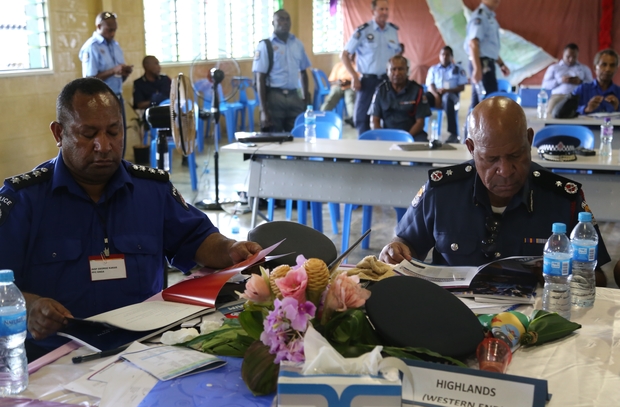 It covers the history of the RPNGC dating back to its pre-colonial beginnings in 1888 in both territories of Papua and New Guinea, and covers the transition through to the modern day Police Force.

He says the Australia-funded book can be a reference point for future generations.

Mr Baki says current police perssonel need to know where the constabulary has come from to appreciate where it is now and to anticipate and plan where it is going from here as an organisation.

A sergeant with the Australian Federal Police, Jamie Loveday, has been central to researching and compiling this history of the constabulary.

As the book is a limited publication, the Commissioner will gift some copies to the PNG National Museum and Art Gallery and the PNG National Library and Archives to keep for future reference and research.