The new man at the head of Tongan Rugby says he wants to improve the standard of rugby domestically and have more locals playing for the 'Ikale Tahi.

Fe'ao Vunipola has appointed interim chairman and president of the Tonga Rugby Union until May next year following the sudden resignation of Epeli Taione. 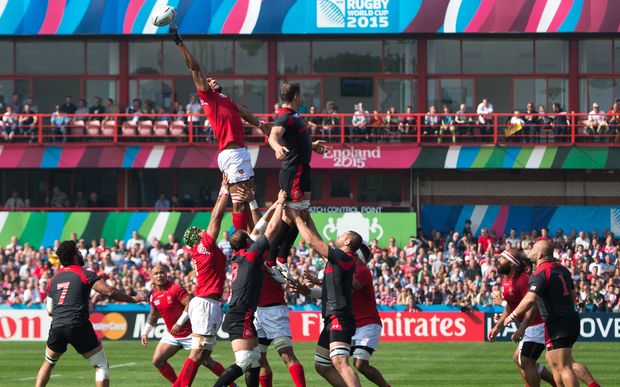 Tonga failed to achieve their targets at the Rugby World Cup. Photo: AFP

The former test hooker and national Under 20s coach has returned to Tonga from the UK to take up his new role. 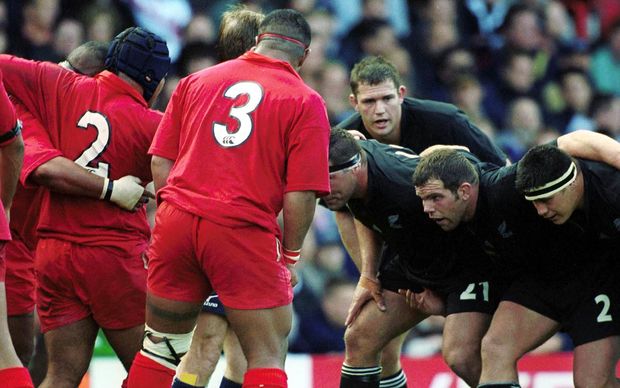 Interim Chair and President of the Tonga Rugby Union, Fe'ao Vunipola, packing down against the All Blacks in the 1999 World Cup. Photo: PHOTOSPORT

He says there is plenty of talent within Tonga but it's being ignored in favour of overseas-based players.

"That role was supposed to be with our head coach but it has never been done. In the last four years local players never have a look-in. It depends on the coach's perception - that everything local isn't good enough. I don't see it that way. The local boys need extra coaching, maybe an additional tour to New Zealand or Australia for them to have the exposure that they need against top quality opposition so that they can learn and gain the experience from there. Ignoring them is no option for me".

Vunipola acknowledges there is some work to do with the domestic set-up which would help push the cause.

"The local rugby scene it has gone downhill, ever since I think 2003 it has gone downhill dramatically. That is one of the areas that I really want to help out and try to raise the level of local rugby to a better level than at the moment and to see whether we can give more chance for the local boys to have representation in our Ikale Tahi".

Fe'ao Vunipola also plans to speak with the Tonga Government about bringing Teufaiva Park back up to international standard to allow the 'Ikale Tahi to start playing test matches in their own country.

"And see whether we can have any partnership going forward so that we can have some income coming out of it when we play international matches there. I think people do not realise here how important playing at home [is] to the team. That's one of the major plans for us to have the advantage of playing at home in all those qualifying matches [in the upcoming Pacific Tri-Nations]".

Fe'ao Vunipola says he also wants to establish an academy in Tonga to help develop the next generation of international players.

He says the Union needs to find new income streams but believes there is enough money available to make improvements, provided it is spent wisely.

Vunipola will convene his first Tonga Rugby Union board meeting on Friday.