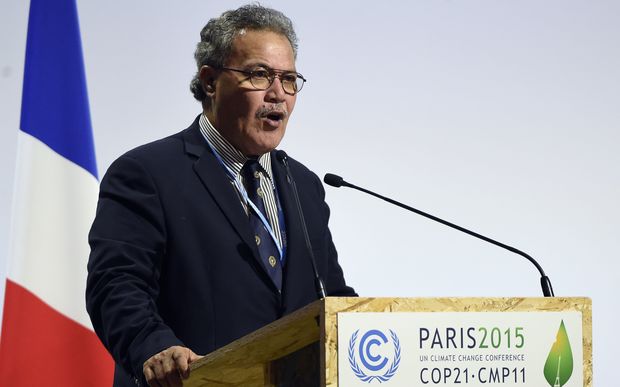 The Tuvalu prime minister, Enele Sopoaga, says he is positive the final climate agreement signed in Paris will see a 1.5 degrees warming limit.

A draft deal has to be signed by tomorrow morning, but a split remains between some developed and developing countries and some negotiators say that deadline is unlikely to be met.

Mr Sopoaga says it's vital the agreement includes a stand alone provision for 'loss and damage', ambitious mitigation targets and a global temperature rise of 1.5 degrees by the end of the century.

"We do that, or we forget about an agreement or even a decision out of COP 21. And this is our red line and our take. I must say that there is good will and there is almost a convergence of strong support to be as ambitious as possible, not less than below 1.5 degrees."

Enele Sopoaga says the European Union and G-77 countries including China have signalled their support for such a provision.