The Papua New Guinea women's cricket team have beaten the Netherlands in a thrilling last-ball finish at the World Twenty20 qualifying event in Thailand.

PNG slumped to 4 for 17 in the fifth over but a 45 run stand for the fifth wicket between player of the match Pauke Siaka and Sibona Jimmy got their run-chase back on track.

However a mid-innings collapse had the Lewas reeling at 89 for 9 before Brenda Tau and Kari Seura put on 17 runs for the final wicket, reaching their target on the final ball of the match.

PNG will face China in tomorrow's Shield final for fifth and sixth place.

Meanwhile Ireland and Bangladesh qualified for the World T20 in India after beating Scotland and Zimbabwe in the Trophy semi finals. 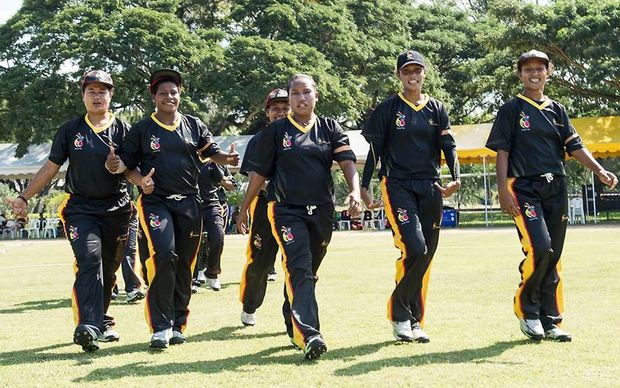 The PNG Lewas at the World T20 Qualifier in Thailand. Photo: Cricket PNG