Newcomers Lae City Dwellers are looking forward to taking on the Oceania football elite in next year's Champions League.

The Papua New Guinea club was only formed two seasons ago, following the demise of Lae FC, but has already won a maiden national title, finishing runners-up behind Hekari United in the minor premiership and beating Madang in the grand final. 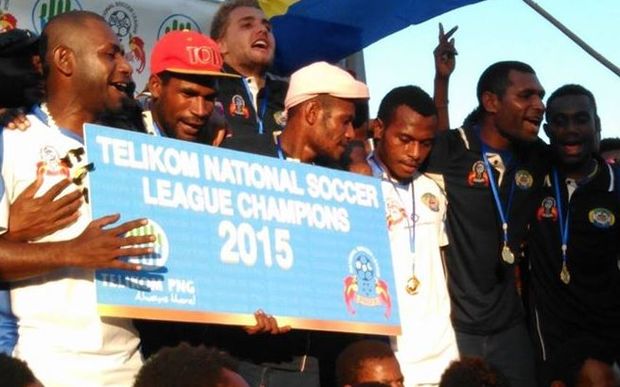 "Mostly our players are new. We have two players from Hekari - Raymond Gunemba and Nigel Dabinyaba - which were actually from our side but they had been loaned by Hekari to play for Hekari but then I got them back last season to form this new club, Lae City Dwellers. They were people to have on the forefront and they led the team to win the National Soccer League title. The rest of the boys are local boys in Lae".

Peter Gunemba says he knows the standard in the O-League is high but he is backing his players to prove competitive against regional heavyweights Auckland City and Amicale FC in their group.

Lae City is one of two PNG clubs in next year's competition along with Hekari United, who won the O-League in 2010.