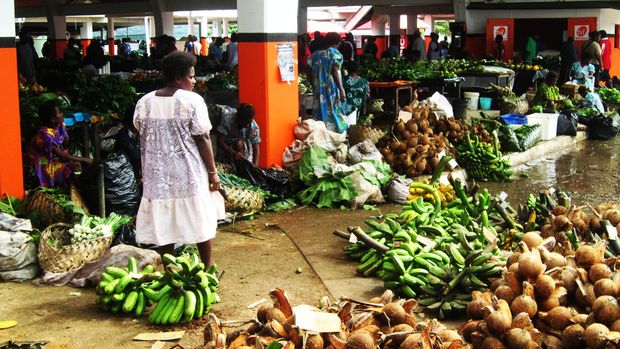 A market at Port Vila in Vanuatu. Photo: RNZ

In Vanuatu, the people of the Torres group of islands are to finally get a Post Office branch and Western Union link.

The facilities are being established on Hiu Island, the biggest island in the most northern group of islands in Torba province.

The minister of agriculture, Christopher Emelee, who was born in Torres, has signed an agreement with Vanuatu Post for the two important facilities to be set up in Hiu Island.

The minister says they will link Torres to the rest of Vanuatu and the outside world, and he says not having had the facilities is one of the reasons government employees didn't want to work there.

In the past there have been campaigns for the Torres islands to be part of Solomon Islands because it is closer thann distant Port Vila.