Samoa's preparations for the Commonwealth Youth Games have been given the seal of approval days out from the opening ceremony.

Up to 1000 athletes from 68 countries have begun arriving in Apia and will contest nine sports from this Saturday.

The CEO of the Commonwealth Games Federation, David Grevemberg, says everyone in Samoa has pitched in to ensure the country hosts a memorable event and says the organising team has learnt alot in the build-up.

"What an unbelievably excited and committed team the entire island of Samoa is really just pulling together to make this just an amazing experience. Obviously, right before that we had the All Blacks v Samoa rugby game, which was a fantastic test event in many accounts for what was to come. Technically this is the biggest event that Samoa has ever held and they're just absolutely rolling out the red carpet for all the athletes and teams, and of course the sport officials as well".

The Samoa government has allocated two and half million US dollars in for hosting the games and David Grevemberg says the organising team has learnt alot in the build-up.

"Any first in a nation is always going to have its challenges but equally it comes with fantastic opportunity as well. Just getting the [national] federation to be agile as well as a host to be willing and able to take on the advice and the ideas. If you look at the normal logistical aspects of transport, security and health and safety and those things it may seem quite nominal but they're actually incredibly important and so it's just instilling that there's different expectations around the world and getting the right balance". 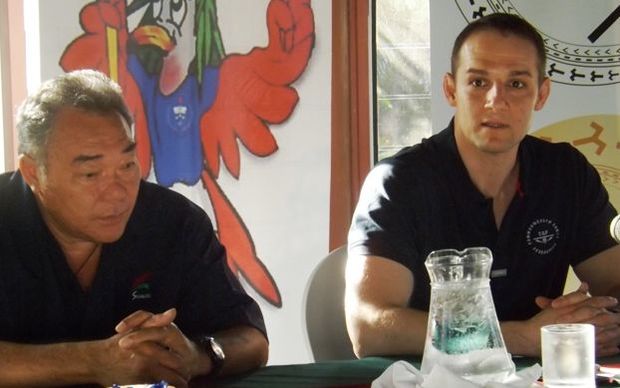