The Papua New Guinea Hunters have climbed to second in the Queensland Cup rugby league standings after extending their winning run to nine matches.

Captain Israel Eliab bagged four tries as the Hunters thrashed Central Queensland Capras 68-4 in Kokopo yesterday to leapfrog the Ipswich Jets, who were beaten by defending champions the Northern Pride.

Competition leaders Townsville are level with the Hunters on 26 points but have played one less game.

Their Round 16 clash against the Sunshine Coast Falcons was cancelled following the death of Falcons forward James Ackerman, who suffered a head injury in a tackle five minutes into their games against Norths Devils the previous weekend.

He died in hospital two days later and the rugby league community showed their support at the weekend by taking a #‎takeakneeforackers.

The PNG Hunters are away to the Redcliffe Dolphins on Sunday and have a bye next weekend, during which 13 members of their squad, and head coach Michael Marum, will be involved in the Papua New Guinea team competing in the rugby league nines competition at the Pacific Games. 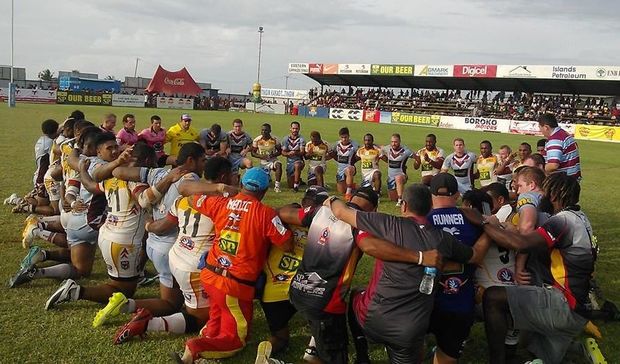