Disaster authorities in Vanuatu have turned back frustrated victims of Cyclone Pam in Port Vila, 400 of whom had put in applications for tarpaulins with the National Disaster Management Office. 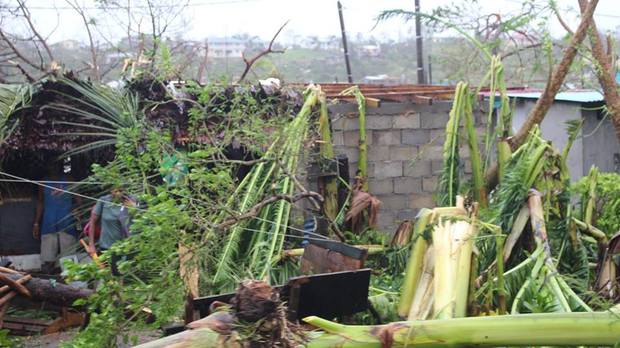 The Chairman of the National Disaster Management Council, Jotham Napat, says he has only 800 tarpaulins for distribution throughout the whole of the country.

Mr Napat has called for patience and understanding despite of the onset of the rainy season.

He says he understands the concerns and frustrations of people in the capital but feels they have more access to resources than affected communities in the outer islands.

He says his office is working closely with NGOs and donor partners to try and address the emergency relief needs of all people affected by last month's cyclone.

Meanwhile a Vanuatu-flagged European international cargo ship has donated 40 tonnes of food, over 2,000 sheets of roofing iron and 4,000 planks of hardwood timber to the Vanuatu government.

Captain Tony Zuanich of the Frio Athens said upon delivering the goods that his vessel is one of five international cargo carriers owned by the Athens-based Unimed Glory S.A. operating between Europe and Africa under the Vanuatu flag.

The Captain says they had followed the track of cyclone Pam closely and wanted to help in the construction phase by providing the building materials for people who have lost their homes.

Vanuatu has a ship registry network called Vanuatu Maritime Services Ltd with agents in the Americas, Asia and Europe.

The Australian government has also announced it will be providing 3.9 million US dollars in additional financial support in the aftermath of Cyclone Pam.

The latest funding comes as Australia is withdrawing the military personnel sent in the initial emergency response.

The additional funding will be used for repairing schools, repairing of health infrastructure, restocking medical supplies and strengthening immunisation and storage support for vaccines as well as the ongoing food relief and recovery needs.