The main hospital in Vanuatu is being boosted by the arrival of medical staff from around the region as they deal with the health aftermath of Cyclone Pam.

The medical superintendent at Port Vila Hospital Richard Leona says at least 150 people have been treated for cyclone related illness and injury since the storm passed.

Mr Leona says resources are stretched with staff also having to deal with their own personal post-cyclone circumstances.

However he says help is imminent. 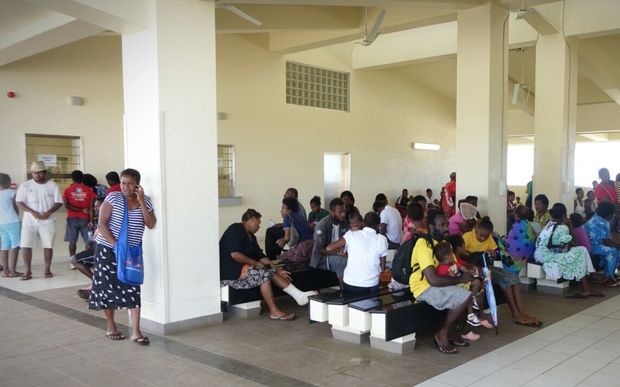 People wait to be seen at the main hospital in Port Vila after Cyclone Pam. One wing was left standing. Photo: RNZI / Koroi Hawkins

The hospital was severely damaged , with only the newest wing left standing.

Mr Leona, says the hospital is expecting many more patients as officials make contact with the outer islands.

A medical evacuation team is due to visit the devastated island of Tanna today to bring patients to Port Vila.