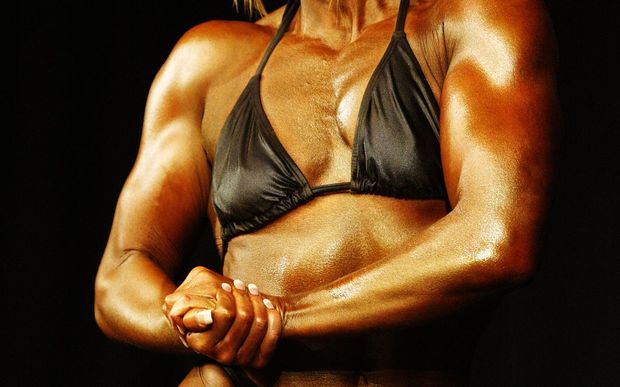 The New Zealand-Fijian bodybuilder Myra Rogers will go up against some of her idols this morning at the Arnold Sports Festival in Columbus, Ohio.

The New Zealand-Fijian bodybuilder Myra Rogers will go up against some of her idols this morning at the Arnold Sports Festival in Columbus, Ohio.

Rogers won the 2013 Professional Figure title at the New Zealand nationals and was one of only 15 females selected to compete at the Arnold Classic.

She says it was a big surprise to make the final cut and admits to a few nerves.

"It's pretty much the top 15 in the world so it's all the girls I look up to, follow on Instagram and social media and stuff. I'm pretty much going to be going up against these girls and I never thought that this day would actually come where I'd be standing on the same stage as these girls that I admire and inspire me so much. It's a little bit freaky although I am trying not to think about it too much and just trying to think about it as another competition. I just want to stick to my game-plan.

Following the US event, Myra Rogers will compete at the Melbourne Arnold Classic and hopes to do well enough to qualify for the Olympia.