Tuvalu's record on women's rights will be examined by the United Nations Committee on the Elimination of Discrimination against Women, CEDAW, on Friday in Geneva, Switzerland. 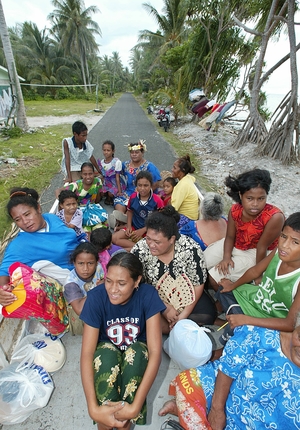 Tuvalu is one of the 188 state parties to the Convention on the Elimination of All Forms of Discrimination against Women and so is required to submit regular reports to the Committee of 23 independent experts on how it is implementing the Convention.

The Committee will engage in a dialogue with the delegation from the Tuvalu government on questions relating to the promotion and protection of women's rights in the country, and will also hear from NGO representatives.

Among the possible issues to be discussed are: prohibition of all forms of discrimination against women; women's access to justice; violence against women, expanded definition of rape; measures to tackle older girls being kept at home and not attending school; measures to decriminalise abortion in cases of rape, incest, threats to life and health of mother; access to affordable water and sanitation for all, in particular for women living in poverty and on the outer islands.