Supported by the Pacific Judicial Development Programme, the training was administered by Samoan judges and aimed at developing competence, judicial knowledge, and fostering the values of being a good Judge. 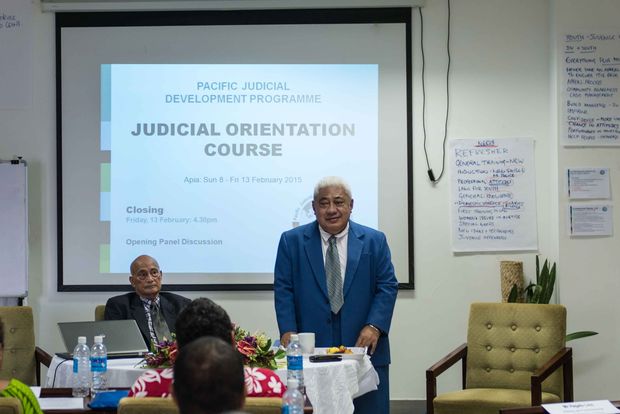 The programme team leader, Livingston Armytage says the majority of Tokelau's judiciary have no formal legal training despite being placed in positions of considerable authority.

" So we've had to craft a curriculum that is honed to the needs of these lay judicial officers and we do it at a regional level but when we do it a local level as we did last week we find the level of satisfaction higher because the training can be localised to the jurisdiction."

Dr Armytage says the programme is funded mostly by the New Zealand Government and has multiple ongoing projects to support the delivery of quality Judicial services in the region.

He says about three quarters of the Judiciary in the Pacific have no formal law education a situation that is unique to oceania.