Pacific governments are being urged to allocate a larger amount of tuna stock for local consumption to help address public health problems in the region. 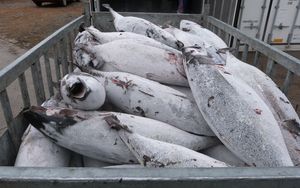 Current total fish consumption is around 210,000 tonnes per year.

The lead author of the study, Johann Bell, of Wollongong University, says more tuna in the Pacific diet could help prevent non-communicable diseases such as diabetes.

"So the plea really is for national governments to look at their tuna resources and try to diversify the way in which they are used. Because yes they are tremendously important for government revenue but they have a very important role to play going forward in local nutrition."