The Senate representative on the American Samoa Economic Development Authority has raised doubts about the administration's plan to set up a charter bank. 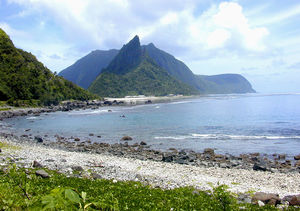 Senator Galea'i Tu'ufuli 's says the bank will not be insured by the federal Deposit Insurance Corporation, and so there's no protection of government resources.

The group has the power to float bonds to finance many government projects.

Galea'i says while he's a member of the ASEDA Board, he doesn't fully understand the workings of the planned bank.

He says it's better arrangement for the government to be a shareholder in the community bank, rather than set up a bank that isn't insured.