Papua New Guinea's former military commander says the country's police force is broken and incompetent and unable to carry out its constitutional duty. 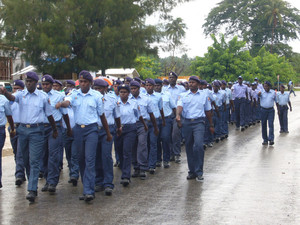 Major General Jerry Singirok says last week's alleged shooting of two betel nut vendors in a Port Moresby suburb, as well as a number of other police killings since the start of the year shows the force lacks command and control.

General Singirok, who chaired a review into the police in 2005, says none of that report's 244 recommendations have been adopted by the government, which could have resolved a number of the force's current issues.

He says the Police Commissioner needs to clamp down on rogue officers.

"These incidents are a worrying time for Papua New Guinea because all the signs and symptoms of an organisation that is incompetent and is unable to carry out its constitutional task is so evident, and if the police cannot put his rogue policemen in line or take disciplinary action then we're bound to end up in a failed state."