An American Samoan fish company is campaigning to be included in the United States' negotiations with the European Union on free trade.

The Tri Marine International Chief Operations Officer, Joe Hamby, says the bargaining could result in the 24 percent duty on canned tuna from the US to the EU being dropped altogether, with an equivalent deal in return.

Mr Hamby says American Samoa is currently excluded from those negotiations because it's a territory, but the deal could see it working in competition with the EU sending fish to the USA. 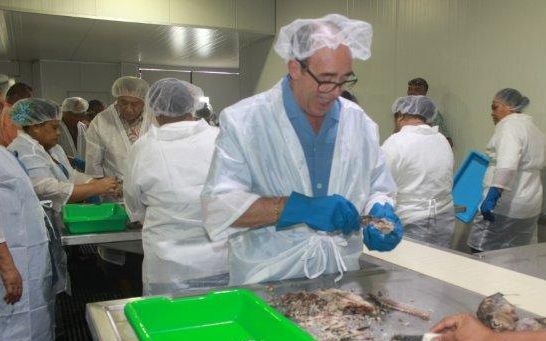 At the opening of the new Tri Marine canned processing plant, Mr Hamby said he is talking with the US trade representative in Washington DC.

Three hundred workers have been hired at the cannery, and at full production, it will have 2000 employees.