Tonga's Minister of Police pledges to restore confidence in the local force and will not stand for police misbehaviour.

The Minister of Police in Tonga says he will work hard to restore confidence in the local force and will not stand for police misbehaviour.

Dr Pohiva Tu'ionetoa was appointed to the position this week and will oversee a service that had a former inspector and constable convicted of manslaughter and grievous bodily harm over the killing of a New Zealand policeman.

The former police commissioner also said there was a culture of violence in the force after a video was released showing an officer punching and kicking a boy at a rugby game. 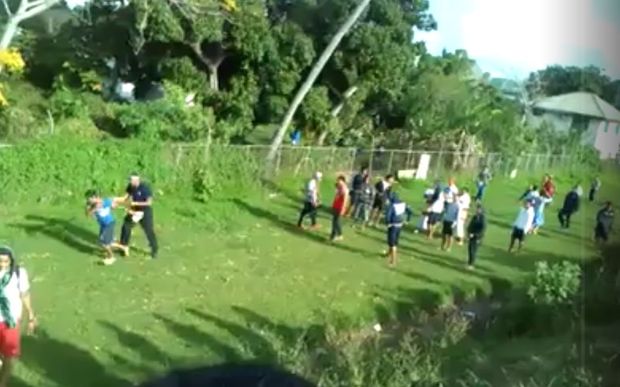 A screenshot from a video posted to facebook which allegedly shows a police officer in Tonga repeatedly punching and kicking a young boy. Photo: Facebook

"If you are not careful and make some mistakes then it is easy to lose our credibility. I think the main thing is to get some training to the police and also to try make them to appreciate how bad the image of the police when that kind of behaviour is still in the police."

Meanwhile Dr Tu'ionetoa says New Zealander Steven Caldwell has been recommended to the post of Police Commissioner but the appointment has to be approved by the king.

The minister expects the final approval to be made by next month.

Superintendent Caldwell is currently serving on the Papua New Guinea island of Bougainville but used to head the police in Marlborough.