About 500 people in French Polynesia have gathered to show respect for last week's 17 terrorism victims in Paris. 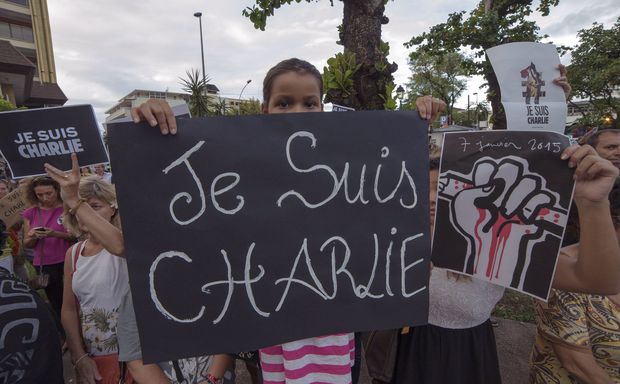 The gathering was organised by local journalists and follows mass rallies in many French cities to remember those killed in the attack on the Charlie Hebdo office.

Today's crowd was much smaller than the spontaneous rally last week, with correspondents saying today's heat and simultaneous church services may have diminished the expected attendance.

In New Caledonia, about 4,000 people have attended a march, echoing the French call for marches to show unity.

Among those joining were an official representing the French High Commissioner and the mayor of Noumea, Sonia Lagarde.

There was a minute of silence in response to a call by the president of New Caledonia Human Rights League, Elie Poigoune.

He said he was proud that New Caledonia showed its solidarity and compassion towards the 17 families who have become victims of terrorism.