Real Tonga Airlines says its aircraft which made an emergency landing yesterday after having technical problems mid-flight is safe and should be running again soon.

The Jetstream aircraft, flying from Vava'u to Tongatapu and carrying 19 people, had to land at Fua'amotu airport after one of its engines overheated and had to be turned off.

The infrastructure minister, Etuate Lavulavu, has ordered the aircraft be detained and grounded until a complete incident report is submitted to the ministry.

But the airline's chief executive officer, Tevita Palu, says the aircraft is safe.

"The pilot experienced abnormal readings on one of the engines. As a precaution he decided to shut down the engine and continue the flight. We tested and worked on it last night. The aircraft is serviceable now, but we haven't got it back to service yet."

Tevita Palu says it is not known when the aircraft will return to service, but flights will not be disrupted as other aircraft will be used in the meantime. 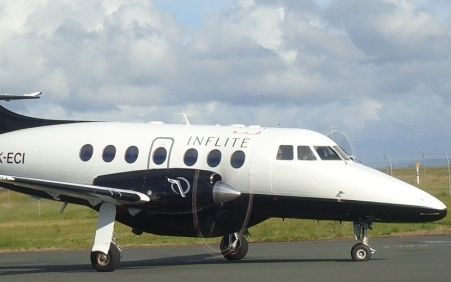