He was hospitalized on Wednesday but died after a short illness on New Year's Day. 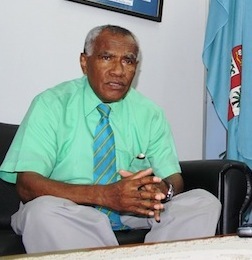 FBC report his death had shocked the sugar industry having been the Permanent Secretary since 2011.

Fiji Sugar Corporation Executive Chairman Abdul Khan says he is lost for words as the news of Lieutenant Colonel Vaniqi's death is going to be a huge loss to the industry.

He says both he and Lieutenant Colonel Vaniqi were newcomers to the sugar sector in 2011 and they had helped shape the industry over the years.

Mr Chetty says Vaniqi had contributed a lot and had brought positive changes.

Lieutenant Colonel Vaniqi was also the chairman of the Sugar Cane Growers Fund and a board member of the Sugar Research Institute of Fiji.