An Australian academic says with good policies, the Papua New Guinea government would better deal with a drop in oil prices affecting its economy. 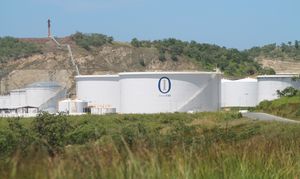 Paul Flanagan, who is a visiting fellow at the Australian National University, says the price of oil exports has taken a cruel hit recently, with its price 35 percent lower than estimated.

He says PNG has moved to poor policies over the last six months, such as moving away from a market-based exchange rate, starting to print money to fund the deficit, and continuing with an unsustainable fiscal policy in the 2015 budget.

He says the government needs to think about how it can reduce expenditure.

"Expenditure has been going up in Papua New Guinea by around 20 percent every year for the last four years. It's been much faster than revenue has been going up and they'll end up inevitably needing to be an adjustment. If they don't act, deficits will be heading towards over 10 percent of GDP. Debt will increase very substantially."