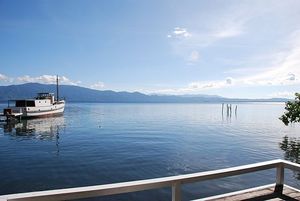 The storm, in April, which also affected Solomon Islands and Queensland, tore up trees, destroyed houses and wrecked food gardens in and around Milne Bay.

The provincial disaster co-ordinator, Steven Tobessa, says immediately after the cyclone authorities sent food supplies but since then the people have managed on the crops they could still find in the debris.

He says that food has now gone and their situation is becoming desperate.

"Their garden food is depleted and they need some food from the province, from the provincial administration, from the government. And so that is what my staff offers now. We are in the delivery phase. We have loaded up two vessels. We have more than 80 tons of food supplies to be delivered within the next ten days."