About $25 million US dollars worth of heroin has been intercepted at Fiji's Lautoka wharf, in what police say is likely to be the largest heroin bust in the country. 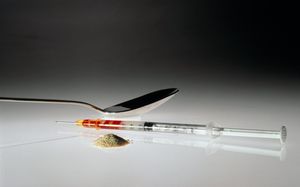 30 kilograms of heroin was found packed inside bicycle tyres on Sunday, following a joint operation between the Fiji police and the Revenue and Customs Authority.

The acting commissioner of police, Isikeli Vuniwaqa, says the consignment came through from Asia, and it's suspected the drugs were for transit, but it's too early in the investigation to confirm this.

He says uncovering heroin at the border is not common, but it should sound a warning to criminals that Fiji border officials are trained and vigilant.

"Just a warning, for those who intend to use Fiji as a safe-haven for drug smuggling, or for transition, this is a warning, that Fiji is intensifying its border watch now and into the future."

Isikeli Vuniwaqa says one person is in custody in relation to the drug bust, and investigations are continuing.